The vehicle was paid for by the Arizona Automobile Theft Authority. AATA Director Frederick Zumbo was on hand for the unveiling in Quartzsite. He described the AATA as a state agency being funded by insurance fees and they take in $6.2 million per year. Of that, 95 percent goes out to local entities in grants for prosecution, auto theft prevention, and law enforcement.

Ponce said Quartzsite is the only entity in Arizona to have received a vehicle through the AATA. He said the town has been working with the AATA since 2014, and it took a lot of persuasion to get them to fund a vehicle.

The Tahoe will be used on patrol duty. It will be operated by Officer Hilario Tanakeyowma, who also wrote the grant for it.

Zumbo said he wants to see more money sent to rural communities and counties. As a former Arizona Department of Public Safety officer himself, he said he knows how difficult law enforcement can be in rural areas.

“It’s our pleasure to do this,” he said. “Small towns don’t have the funds for something like this. Our officers out there need to have the best equipment we can give them.”

Quartzsite Town Manager Jim Ferguson noted there is a lot of traffic coming through Quartzsite off Interstate 10.

“It’s absolutely awesome,” he said of the vehicle. “It’s going to help us.”

Rogers said he was glad AATA is focusing on rural communities. He added they’ve been doing a good job of letting local entities know what grants are out there, and they have been very helpful to his office.

Ponce said he was thankful for the opportunity to apply for and receive the grant. He said he expected the vehicle will last about five years. He said the department still has some Ford Crown Victorias, but they are phasing them out. He said the Chevrolet Tahoe better suits their needs, and it will last longer. He added other departments are buying them.

As for the vehicle that made its debut Sept. 21, Ponce said, “We think it will serve our community well.” 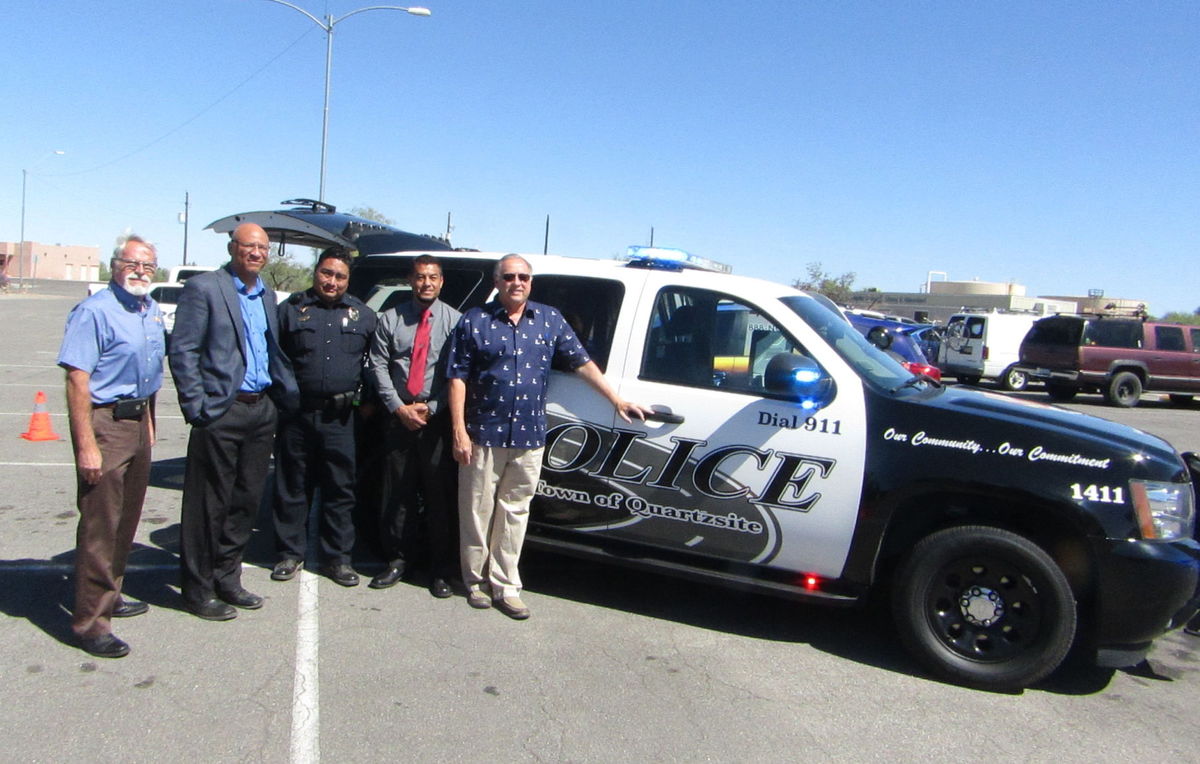