PHOENIX – To help protect Arizonans from falling victim to vehicle crimes this holiday season, the Arizona Automobile Theft Authority (AATA) has launched a new “Lock It or Lose It” Holiday Auto Theft Prevention Billboard Campaign in the Phoenix and Tucson metro areas.

Historically, vehicle thefts and burglaries spike during the busy holiday months November through January.  The goal of the campaign is to educate and encourage Arizonans to take action to protect their vehicles and personal property at all times.  Vehicle owners play a crucial role in the first line of defense safeguarding their vehicles from theft or burglary. The AATA will also pair social media efforts with the billboard campaign.

According to AATA Director, James McGuffin, “A critical strategy in the AATA’s mission is to support proactive auto theft prevention efforts throughout Arizona.  Very simply, vehicle theft and burglary are generally considered to be preventable crimes with just a few simple steps.”  The AATA recommends the following safety tips for vehicle owners:

Always take your keys and lock doors.
Remove valuables or packages from plain sight in vehicle.
Never leave your vehicle running and unattended.
Park in well-lit areas.
Be aware of your surroundings.  If you see something, say something, call 911.
Install an audible or visible deterrent, GPS, or other tracking devices. 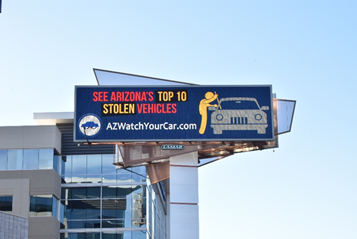 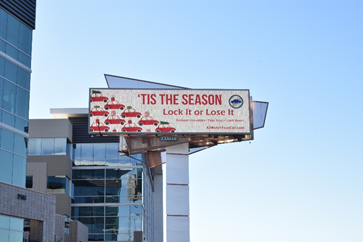 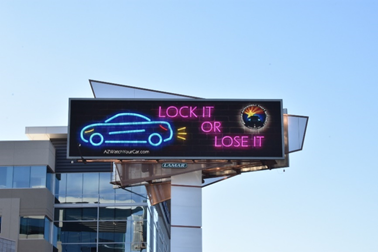 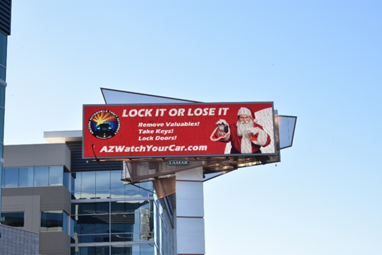